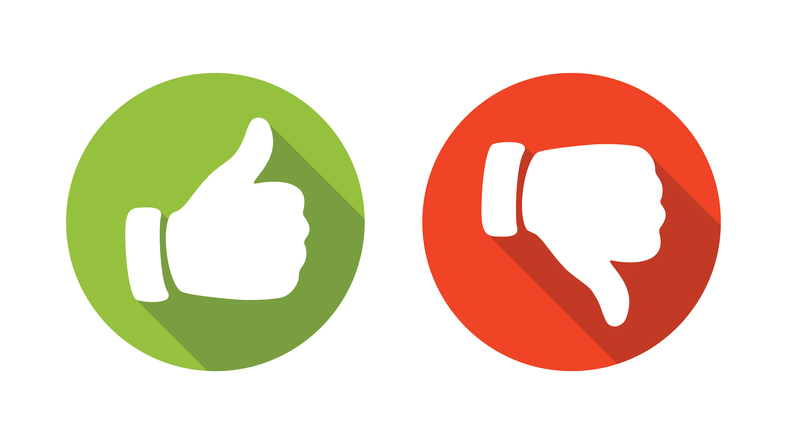 We are often asked by our clients as well as prospective job candidates for our view on where candidates typically come up short in the vetting process. The answer is simple…it depends. Yes, that response is terribly evasive and unhelpful. Instead, we have attempted to address the question here by compiling a list of candidate do’s and don’ts. Although many of them may seem fairly intuitive, we continue to see many candidates not invited back in for another round for the same reasons again and again. While we would like to be able to say that following these steps will result in a job offer, a candidate is ultimately his/her own greatest advocate!

Do’s:
1) Prepare for interviews: If there’s one area we can’t stress highly enough to focus your efforts as a candidate, it would be preparing yourself for interviews, whether initial phone screens or final rounds. Be sure to do your homework on the company as well as the interviewers. Try to get a sense of their respective roles and questions you might think to ask them that they would be well-positioned to answer. Also, take advantage of prep calls if offered by your recruiter as they should be able to offer a deeper level of insight into the role’s aspects than what is included in the job description, the people you will be meeting with, and key topics to speak to in your conversations.

2) Be open and honest: Be upfront about your experience level as well as your strengths and weaknesses. We all have a tendency to gravitate towards those things which we do well which is fine. At the same time, do not be afraid to acknowledge those areas where you may not have as much experience rather than trying to be all things to all people. That information will prove out either way through the interview process, and interviewers appreciate candidates who are honest.

3) Send thank-you emails/notes: It is amazing how many candidates do not think to send thank-you emails to people they have interviewed with at prospective employers. While obviously not the intent, not sending a thank-you leaves the perception that a candidate does not have an interest in the role or could possibly be viewed as arrogant. We have seen many candidates screened out of new opportunities and not invited on to the next step of the process for this simple reason. It does not have to be lengthy, but a quick follow-up note to each interviewer within 24 hours to thank them and share what you took away or found appealing about the discussion goes a long way in sustaining one’s candidacy.

4) Update your resume and Linkedin profile: While a candidate’s true qualifications and personality are best understood through the interviewing process, resumes and LinkedIn profiles are the first impressions (and many times the only impression) that a candidate has the opportunity to leave with a prospective employer. On your resume, a general rule of thumb is to keep it no more than two pages in length. We once had a candidate whose short-form version was five pages! Like everyone else, hiring managers are busy and often do not have the time to review a lengthy document which attempts to showcase details on every project or accomplishment. It can actually have the reverse effect. Instead, do your best to distill key responsibilities and achievements held in each position into several concise bullet points. Put yourself in the mind of a prospective employer and the types of information they would want to know about you that would be most relevant. For Linkedin, make sure that your job history aligns with what is listed on your resume. Many times, there will be inconsistencies in dates that a position was held or its responsibilities which can lead to confusion for prospective employers. Make a point to set an annual reminder to review your resume and Linkedin page for any updates needed.

5) Consider the cultural fit of an organization: In an industry that is continuing to experience rapid change and consolidation, it is increasingly important to align yourself with an organization that is a good cultural fit. For example, are you someone that is more comfortable being part of a larger organization with significant resources or do you prefer a smaller one where employees may be asked to take on a broader role and wear more hats? How important is work/life balance to you? A topic that we increasingly hear described by candidates as most important to them when exploring a new career opportunity is the level of autonomy they will be provided in the role. These are important considerations to think about ahead of time. Other questions that candidates may want to consider asking are more strategic such are how does the business envision further growth – organically, through acquisitions, or a combination? What does the potential growth path for this role look like relative to that vision?

6) Pursue only opportunities you are genuinely interested in: We always try to caution candidates on exploring opportunities where there is a clear mismatch in skills sets or the level of experience desired. This is not to deter stretch candidates though who may be somewhat light on experience for example, but whose skill set aligns well otherwise. Hiring managers can also spot when someone is simply kicking the tires looking to gauge their market value versus those are genuinely interested in a role rather quickly. It is not a productive use of anyone’s time to attempt otherwise when there is a low likelihood that the role is a fit or of real interest to you as a candidate.

Don’ts:
1) Be wordy or evasive in answering questions: One of the most common areas of critical feedback heard from hiring managers is that a candidate was overly wordy in their responses to interview questions which resulted in the interviewer either not having enough time to have their questions answered or quickly losing interest in a candidate. It happens to many of us, whether nerves, excitement, or whatever. Be cognizant of this while also respectful of the interviewer’s time. It should be more of a conversation than a lecture! Try to be succinct in your responses and read any non-verbal signals provided by your audience. It may not be a bad idea to acknowledge upfront that you want to be aware of their time and will try to keep your responses briefer, though would be happy to go into further detail in any specific areas if needed.

2) Have unrealistic compensation expectations: It is our finding that many candidates, even the most experienced ones, are often focused on exceeding their past career earnings in a new opportunity. This assumption could be possible, however depends on a number of factors such as the size, product mix, compensation philosophy, and location of the firm. An equally important factor is the ongoing pressure to reduce costs at many firms. While everyone wants to earn more, our guidance to candidates is to consider the longer-term view of a potential role relative to their current one. If you were to fast forward three years out, how would the two roles compare as far as compensation and career growth? In summary, it is typically preferable to defer to a longer-term view. While a bump up may be desired, sometimes a lateral move pay-wise can translate to much more opportunity and earnings power down the road. In any event, the move should be driven by the attractiveness of the role first.

3) Make frequent career jumps: While it is more common for less-experienced candidates to make more frequent career changes, over time it is preferable to show not only progression but longevity in your most recent roles. As a candidate, if you are asking a new prospective employer to make an investment in you, they want to have confidence that you are, in turn, going to make a long-term commitment to remain with the firm. One candidate we recently interviewed, for example, held twelve positions over a five-year career. This can be an instant disqualifier for many hiring managers and something that should be avoided if possible.

4) Misrepresent your skill set: Too often, candidates are drawn to the allure of a new position without actually having read through the responsibilities or qualifications listed in the job description. Examples of this can run the gamut, though most often relate to requirements such as people management experience, or a position which requires a combination of strategy formulation as well as execution. It is fine to be deeper in certain areas than others, but if you are lacking core components required for the role it will likely be an uphill battle.

5) Indicate that you are open to relocation unless you really are: If you haven’t thought seriously about relocation or it’s likely to be a less than a near certainty, it may not make sense to pursue an opportunity. This is one of the most frustrating aspects of the hiring process for managers given the amount of time spent by the company and candidate to see the interview process through. If it is a potential challenge, make it known to the company early on in the process and ask them or the recruiter if there is any flexibility on location. Either way, we would suggest having a high degree of certainty in your ability to relocate before exploring an opportunity that requires it.

6) Be afraid of personality assessments: Personality assessments have become commonplace within asset management as well as other industries. These are usually not the deciding factor in terms of whether an offer will be extended but rather meant to gain insight as to how a candidate’s skill set aligns or would best contribute to the team they are interviewing to join. The tests can also be a helpful input in terms of better understanding an individual’s key drivers or preferences as a candidate. In that regard, assessments can offer a good sense of a prospective employee’s cultural fit within an organization while also highlighting areas of future growth.